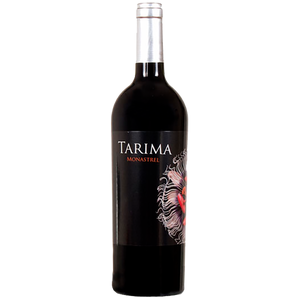 Less dry than the previous year, characterised by scarce
rainfall in Spring and September. Large temperature range
in the last weeks of August and first of September leading
to slow ripening of the Monastrell.

Multiple vineyards situated between the Sierras of Salinas,
Umbria and La Sima, with an altitude of 600 to 750 metres.
Limy soil with little capacity to retain water, covered with
stones forming a platform at the foot of the mountain,
thus avoiding erosion and acclimatizing the land especially in summer

Traditional viticulture with minimal intervention. Harvest takes
place in the second fortnight of October. Native yeasts, fermentation
in vats, malolactical fermentation in steel pools and aging in a
French barrel (used the previous year for Tarima Hill) for 6 months.

Cherry colour with purple lights. Flores de Tarima in your glass with
hints of liquorice and chocolate, with a subtle depth of herbs and floral qualities.